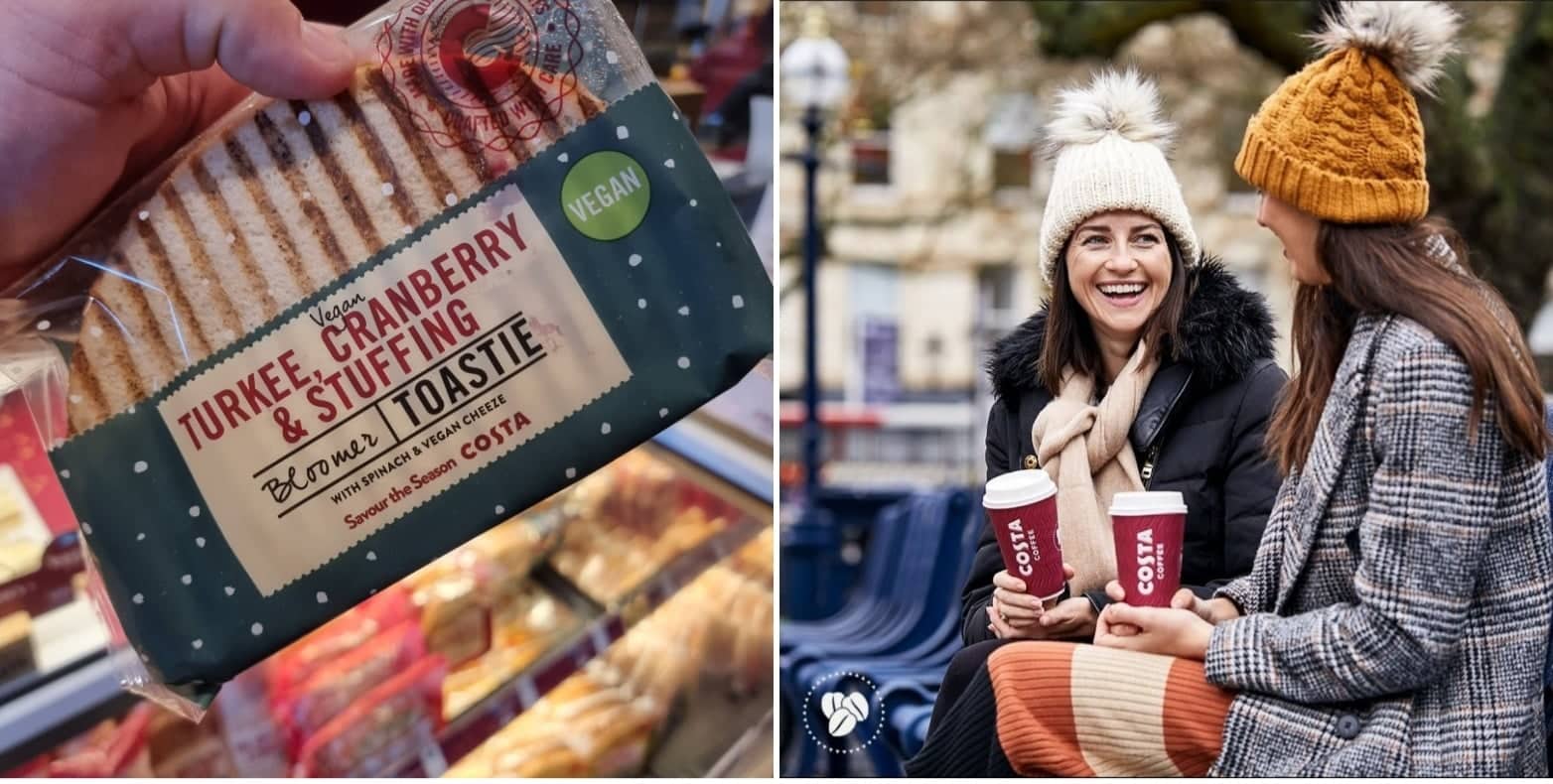 The vegan ‘turkey’ sandwich game is high this year, but who does the best one?

Vegan Christmas sandwiches in the shops can be hit & miss, but today high-street giants Costa Coffee and Marks & Spencer both launched their ‘turkey’ sandwiches.

Admittedly both of these sandwiches are re-launches: M&S have been selling the ‘No Turkey Feast’ for some years now, and Costa are relaunching the Turkee Toastie for the second year.

We tried to remove bias when tasting both of the sandwiches, but it’s difficult as the No Turkey Feast from M&S has been our favourite vegan sandwich of the last few years.

Both of the sandwiches cost the same price, we paid £4 for each as we bought the M&S one in a service station. But what about the taste?

Watch our short video review of both the sandwiches below

Let’s call a spade a spade: it’s almost winter, so a warmed-up sandwich (the Costa one) is always going to tick a few more boxes for people.

The M&S one is chilled, but one thing it does have going for it is that the ‘turkey’, wheat protein pieces are chunkier, with a delicious balance of flavours against the cranberry jam.

Also 5% of the profits from the M&S sandwich go to the charity Shelter, helping homeless families in the UK.

That reminds us before we say anymore, don’t eat any of these sandwiches if you don’t like cranberry! Both sandwiches are oozing with it.

What might also give the Costa sandwich the edge is that it contains hot melted cheeze. Seriously, melted cheeze with cranberry jam is a winner in our books – but when heated, it can easily scold your mouth if you don’t let it cool.

If we had to choose between the two?

It may seem like a wimp’s way out, but we feel it unfair to say that the warm one is better than the cold one, simply because they have the luxury of melted cheeze and toasted bread.

What we will say though is that whatever you choose, you probably won’t be disappointed.

48% Of Brits Feel It’s Hypocritical To Love Some Animals But Eat Others
The ABBA of Food, UK's First Scandinavian Fast Food To Serve Tunnbrödsrulle 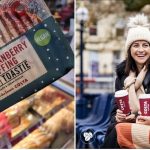