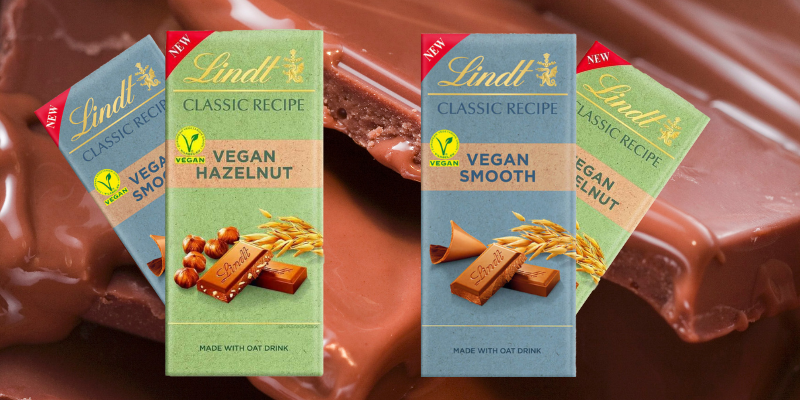 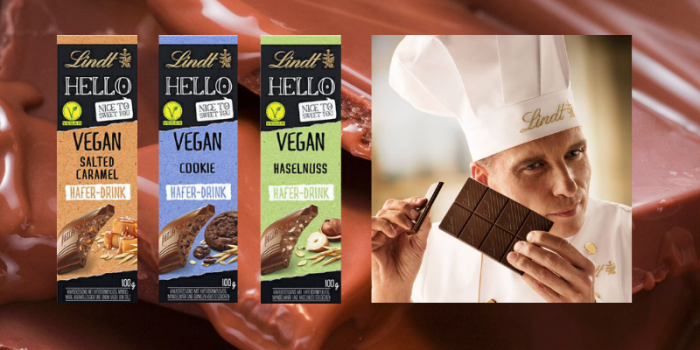 The swiss chocolate company, Lindt,  famous for its creamy chocolate and little balls of ‘melt in the moment‘ chocolate. In January 2022, the company are adding two new vegan chocolate bars to the collection. Which will be an attempt to replicate the original bars containing dairy milk.

The bars will be made with an oat milk base and intend to be identical to the original velvety bars.

Lindt already has dark chocolate bars which are accidentally vegan and, as of November 2020, three flavoured vegan milk bars. The bars released last year as part of the ‘HELLO’ collection contained cookie, hazelnut, and salted caramel pieces. The new bars will be more similar to the original milk bars. They will be debuting the new bars with the options of Smooth and hazelnut.

The three ‘HELLO’ range bars are not in chained UK supermarkets, but you can expect to see the new Oat bars in Sainsbury’s, Lindt stores and either supermarkets that are yet to be confirmed.

Although it hasn’t been announced on the Lindt UK socials, the German Instagram has posted the above image with the caption ‘vegan doesn’t mean having to give up chocolate.’

People showed their excitement by commenting ‘OH HEAEN!‘ and ‘This is what dreams are made of.‘

But where are the vegan Lindt Balls? 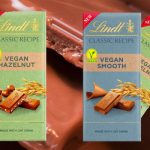