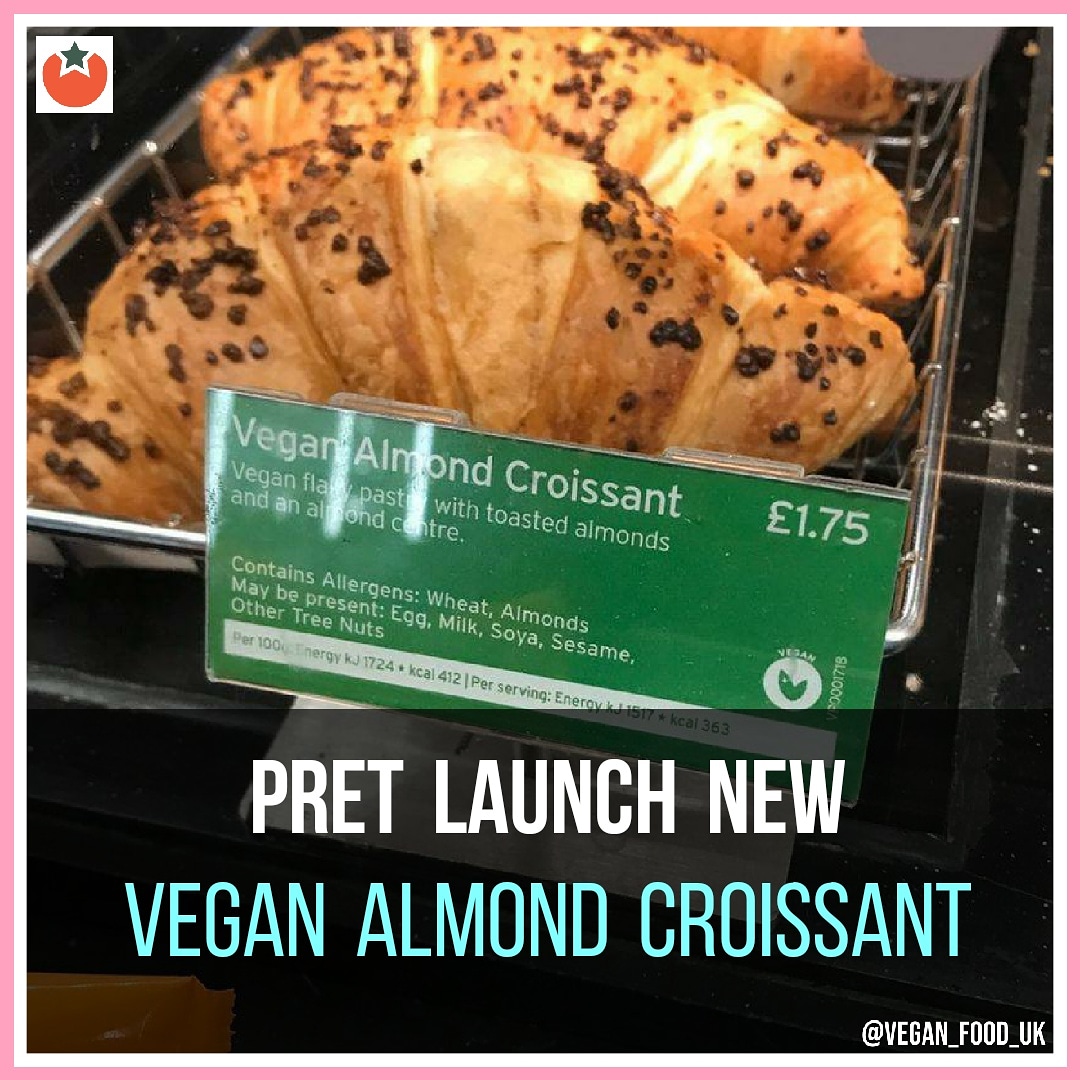 The next baked item for vegans at Pret belongs to a Vegan Almond Croissant costing £1.75

Veggie Pret have actually been selling this in store for some months, but now it’s available nationwide at all Prets.

We remember this time last year that Pret launched a Very Merry Berry Croissant, but to us it was most like a Danish – very nice though! We haven’t seen it in a long while, so maybe this new croissant has replaced it. 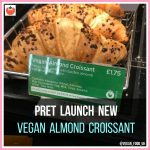