The top 7 are listed below. Did your favourite brand make the list?

HIPPEAS
HIPPEAS snack company secured the number seven spot with their chickpea-based snacks that include puffs and tortilla chips. The worldwide snack provider launched in 2016 and have quickly secured a place in the top vegan brands with their dairy, gluten, MSG, and palm oil free snacks. Available in Holland & Barrett, Waitrose, Sainsbury’s, Ocado, and multiple online retailers.

Allplants
With the rise of meal boxes, it’s unsurprising to see one made the list. Allplants is a vegan meal delivery service where you chose your meals and they are delivered prepared, frozen and ready to cook. The meals are chef-prepared and nutritionally balanced and the subscription service has a 4.5 rating on trust pilot. Available to order online at: http://www.allplants.com with free UK wide delivery.

JUST Egg are one of the newer brands to make the list. Eat Just, the company behind the egg substitute only began in 2011 but have quickly gained popularity in the US with their plant-based bottled egg mix made primarily from mung beans. JUST Egg is currently only available in the US and Canada.

Quorn
Quorn is the first company to bring us into the top 3. Although it only hit number 3 globally it was the number 1 searched brand here in the UK. Quorn produces a variety of vegan and vegetarian products and gained a lot of coverage in the media earlier this year with the release of the Roarsome Dinosaur shaped chicken-style nuggets. As well as the frozen range they also produce popular deli meat style substitutes including the vegan smoky ham and chicken styles.
Quorn also provides meat substitutes for several large chains signature vegan options including being responsible for the sausage style filling in the massively popular vegan sausage roll launched by Greggs in January 2019.
Quorn can be found across the UK and most major supermarket retailers.

Oatly
Top Swedish dairy alternative brand Oatly come second with their highly popular products such as their Barista Oat Drink, cooking products, yoghurts and ice creams. The Oat Drinks are available in the UK in both shelves and chilled versions and aside from the Barista version include organic, skinny, semi and chocolate. Expanding from their drinks they also produce multiple Oat Creams, Custard, Creamy Oat Fraiche, three yoghurt flavours and several other dairy alternatives. The 25-year-old company currently sells their oat-based products in more the 20 countries globally.
Oatly products are available at all major UK supermarkets as well as multiple online retailers and independent stores.

Beyond Meat
Beyond Meat tops the study with their realistic meat alternatives. Beyond meat began in the US in 2009 and continue to grow in popularity with more people worldwide making the switch to plant-based foods. Beyond currently produce various beef and pork style alternatives including burgers, sausages, and breakfast patties.
As well as the basic products several UK chains have collaborations with Beyond Meat in ready meals, takeaways and restaurant items. McDonald’s have just announced the McPlant, a vegan burger made with Beyond Meat.
Wicked, the brand created by the Sarno brothers, recently launched a range of ready meals in Tesco that include a Cowboy Chilli, Korean Inspired Bowl, Naked Burrito and the Bangin’ Biryani all made with Beyond Meat.
Beyond Meat is currently available in the UK at Tesco, Sainsbury’s, Waitrose and online retailers. 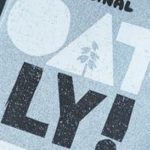