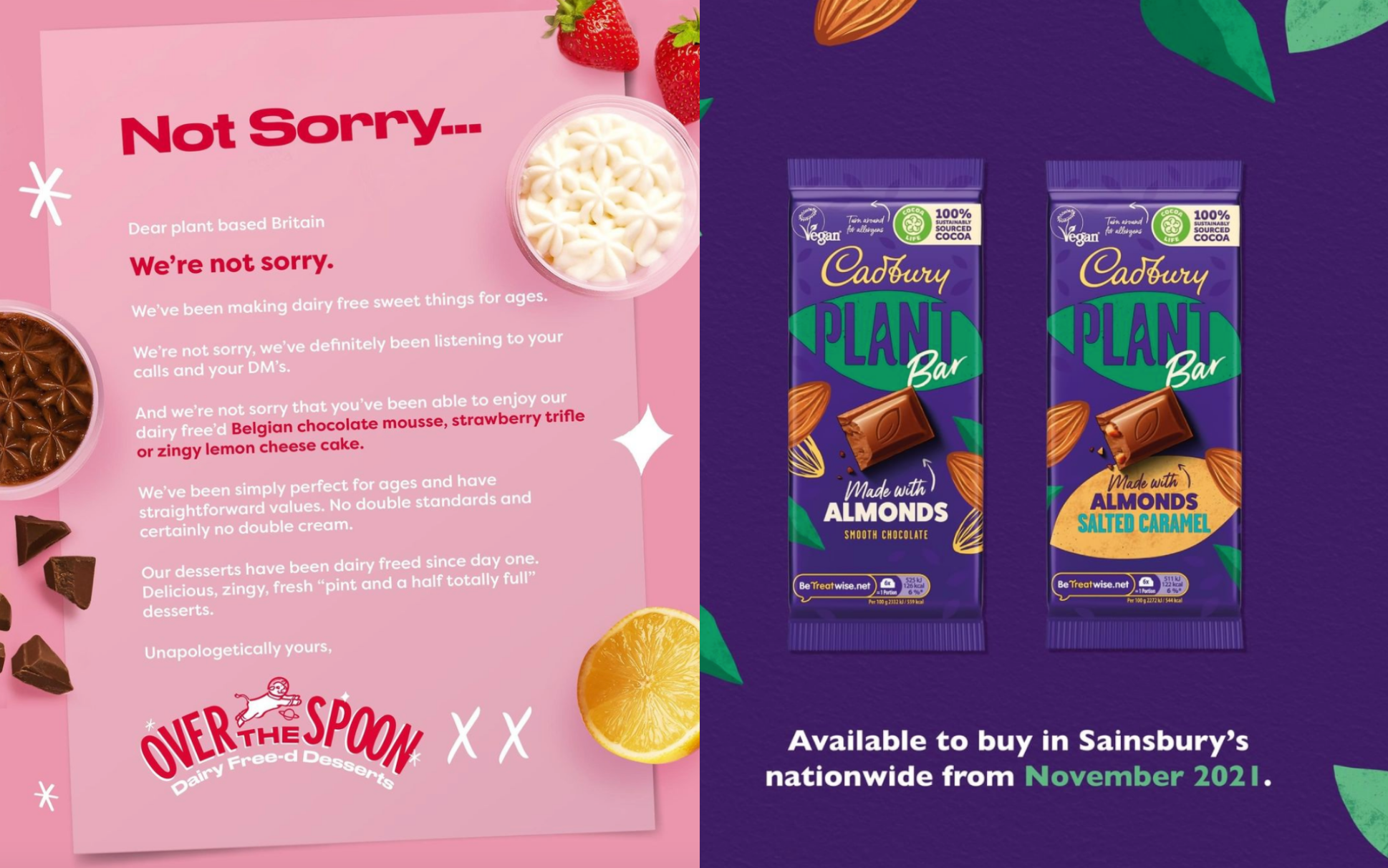 Cadbury is sorry, but vegan company “Over The Spoon” hits back unapologetically.

Earlier this week, Cadbury posted an apology on Instagram to announce their new plant-based chocolate bar. 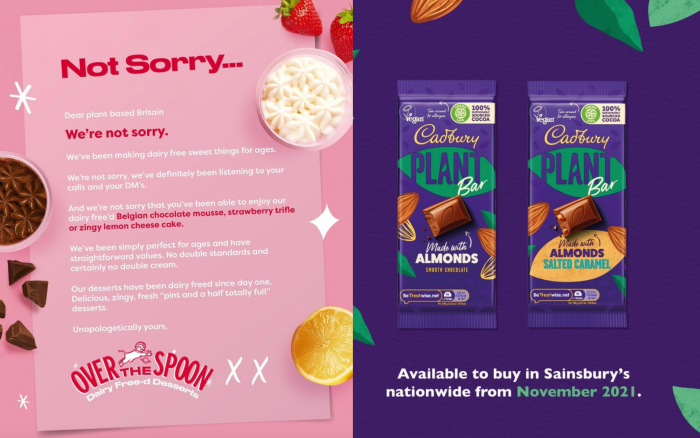 Hitting back,  ‘Over The Spoon’ released a very similar post to Cadbury’s explaining how the vegan dessert company had nothing to apologise about with their dairy-free desserts.

Cadbury’s will release the Plant Bar in November 2021 after numerous requests from the public. But after the Instagram apology post, the company faced some backlash.

Over the spoon made a statement post calling out Cadbury’s apology, saying how the desserts they produce have always been vegan and followed ‘straightforward values’, hinting at the values of veganism.

They even said that the desserts will have a ‘pint and a half totally full‘, mocking Cadbury’s line that the plant bar will be served without the ‘glass and a half’ of milk’ contained in the original bars.

Cadbury Plant bar will launch at Sainsbury’s on 10 November, costing £2.50. 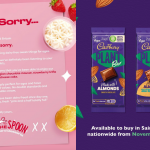