Vork Pies, from the border of Nottinghamshire and Derbyshire, won gold and bronze in the vegan pie class.

This year saw a massive amount of vegan entries with 72 vegan pies competing in the awards which take place in Melton Mowbray, home of the pork pie.

The Vegan Pie class was added to the awards last year. Pie-Eyed Kitchen previously entered their pies in the vegetarian class and had scooped up bronze in the category.

The two Vork Pies to triumph this year were the Tamarind Sweet Potato Pie which took the gold and the Italian Creamy Mushroom which bagged the bronze.

The Tamarind Sweet Potato pie is available on the Vork website and is filled with sweet potato, chickpeas, coconut, lime, tamarind and turmeric. The Italian Creamy Mushroom is part of their catering range so is not available for individual purchase. You can however try their other varieties including the Maple Glazed Vork Pie, Moroccan Inspired Butternut Squash, The Piri Piri, The Smoked Beetroot and The Original.

As well as the classic pies they also produce a variety of scotch style eggs, chutneys, accompaniments, and gifts.

Pie-Eyed Kitchen, which produces Vork Pies, has been around since 2014 and is a 100% vegan business using organic and British ingredients where possible. 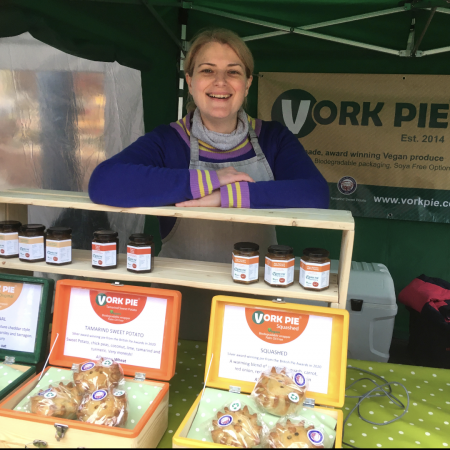 Sophie Neill, owner, Pie-Eyed Kitchen Limited said: ‘We have been entering The British Pie awards for many years and to win a gold award when there were 72 pies entered in the Vegan Class feels like such an achievement. We are continuing to grow and I hope this award helps us to reach more outlets with our pies.’

Vork Pies are currently available locally in independent shops and pubs and online at the Vork website. 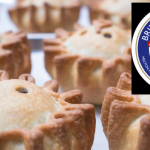