Having just launched the McPlant Burger into selected stores, McDonald’s has announced a new mission to become a net-zero company in the UK and Ireland by 2040 and worldwide by 2050. 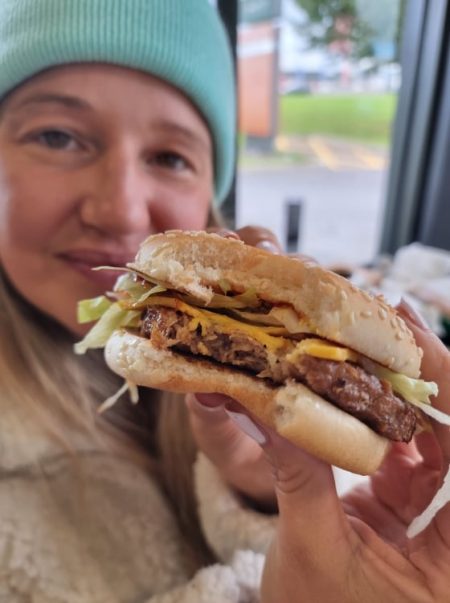 Part of this plan is to become a leader in vegan fast food in its United Kingdom and Irish stores by 2025, only four years time.

Within similar timelines of 2023 and 2024, they hope to use only recycled and sustainable furniture and switch to recycled, renewable or certified food packaging.

Watch our review of the new McPlant Burger below

The new commitments, named ‘Plan For Change’, will focus on four elements of McDonald’s business, Planet, People, Food, and Restaurants.

The company have been changing the processes throughout the UK already by switching to renewable energy in its UK and Ireland branches, installing electric vehicle charging stations, and turning used cooking oil into fuel for its fleet of delivery vehicles. They also switched from plastic-based toys in the popular happy meal boxes to books, cardboard or soft toys.

Going forward with these planet-friendly plans they will open a fully net-zero branch in Shropshire next month, which will be stocking the McPlant, and will be a blueprint store for the new sustainable outlets.

Mcdonald’s Chief Executive for UK & Ireland said, “This new Plan for Change is not just our sustainability strategy, it’s our business priority. That means it isn’t a plan for one change, but for many—changes that together, with  1,400 restaurants, over 130,000 people, 23,000 British and Irish farmers, and 4 million customers visiting every day, really will add up.”

The McPlant is currently only in selected Coventry stores however will roll out to all 1400 branches in the UK and Ireland next year and a further 250 branches on the 13th of October. Follow the link below to check which stores are participating.

The McPlant is one of three vegan mains currently available, the Veggie Dippers, and The Spicy Veggie One wrap are available nationwide alongside various vegan-friendly sides. Here’s hoping the ‘Plan for Change’ will expand the range even further.

McDonald’s signed a three-year contract with Beyond Meat who provide the patty for the McPlant so hopefully it’s here to stay. The company’s Canadian Branch trialled similar options, The P.L.T (Plant, Lettuce, and Tomato) in 2019 which also featured Beyond Meat but did not go past the trial stage whereas the McPlant was tried across Europe and has now moved into UK restaurants with success. 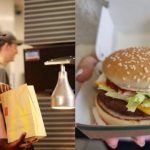