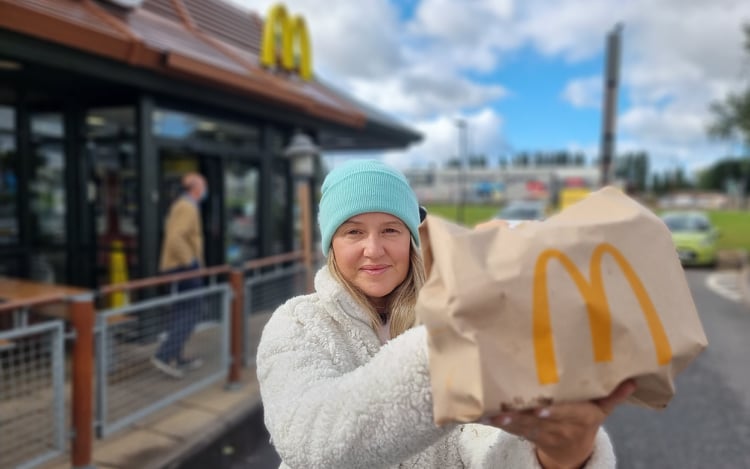 It’s the day that many have been waiting for, but how does it look & taste, and is it a convincing burger?

The McPlant launched today, exclusively at Coventry & Nuneaton locations until 13 October, when they will roll out to more branches around the UK.  We wanted to be one of the first through the door, to see how good the new plant-based burger is at McDonald’s.

To be completely transparent, this is the first time using a McDonald’s for anything other than their toilets in probably 20 years. So as we walked through the automatic doors at 11am, we tried to have no judgment or pre-determined opinions about the new vegan option.

It’s hard not to feel a little nervous though, this is the first-ever meaty product to be sold at Maccas that doesn’t come from an animal. We felt somewhat reassured, however, to see the Vegetarian Society logo branded about the burger and the manager assured us they use separate utensils and cookers.

The burger costs £3.19 which is apparently the same cost as the equivalent burger. You can also get fries and Coke with the meal (also vegan) for just less than a fiver.

The McPlant comprises of a Beyond Meat patty, served in a vegan sesame seed bun with lettuce, tomato, onions, pickles, vegan cheese, ketchup, mustard, and a vegan special sauce.

Admittedly, the burger wasn’t as impressive to look at as the pictures we have seen, but it wasn’t too far off – a little messy perhaps.

It tasted similar to how we remember McDonald’s to taste like (but we are talking 20 years). The patty was meaty, juicy and with a little grilled crunchy texture on some of the edges. The sandwich sauce, which apparently is now vegan across the whole of the UK, was also nice and blended well with the Kerrymaid dairy-free cheeze slice.

Was it worth the money?

At £3.19 for basically a Beyond Burger with cheeze, it’s actually a pretty reasonable price. It needs to be similar prices to other burger options on the menu to attract meat-eaters to try it at least, and we think it will do just that. We should imagine McDonald’s are going to go all out on advertising it when it rolls-out nationwide next year.

The McPlant joins a whole long list of plant-based products in the UK that are so convincing that a non-vegan wouldn’t be able to tell the difference between this and a meat-based burger – even the vegan cheeze was good.

Are we glad that McDonald’s now does a meaty vegan burger?

Yes of course we are! The more meat-like this burger is, the more chance a regular McDonald’s customer will be to buy it, ultimately saving animals.

Will we be buying it again?

All we can say is, never say never, but we probably won’t! Much like the Burger King Vegan Royale burger launched earlier this year, we haven’t had one since. We weren’t Burger King customers before, nor were we McDonald’s customers before the McPlant. As much as we love a Vegan Royale, or a McPlant burger, we just hope they serve their purpose of transitioning meat-eaters to plant-based foods, for the animals, and the planet’s sake. 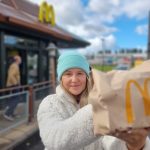