Farmers in Wales threaten to boycott the popular Christmas sweet tubs over the use of milk alternatives.

Nestle, who produce Quality Street and other popular chocolate snacks, have a plant-based range that currently includes Wunda milk alternative, Green Gourmet meat alternatives, and chocolate such as the Kit Kat V.

Nestle Chief Executive Mark Schneider was in the UK ahead of COP26  to launch a range of plant-based alternatives to its milk and chocolate as part of the companies plans to reduce emissions.

These plant-based options have caused upset with some homes vowing to be Quality Street free this Christmas. Quality Street have a range of chocolate options including mixed tins & boxes as well as individual flavour packs. The large mixed packs are popular festive gifts throughout the UK.

Gareth Wyn Jones, a farmer from Conwy hill who has a large social media following, made comments on the topic.

“I’ll not be buying any Quality Streets this Christmas or any time.” he said.

He posted on his Facebook page earlier this week about the current shortages affecting HGV drivers and stated that “When the chief executive was asked whether he could guarantee Quality Street would be in the shops this Christmas he replied ‘We are working hard, we think less meat and dairy is good for the planet'”

Gareth Wyn Jones regularly posts vegan articles, launches and reports on his Facebook encouraging his followers to comment their thoughts which mostly appear to be anti-vegan or pro dairy and meat industry.

Many of the comments on the post regarding nestle accuse them of ‘greenwashing’, and discuss their previous business practices and their sustainability. One commenter said ‘Plant based is not healthy and very far from planet friendly’ and another commented ‘So the boss of one of the world’s largest chocolate producers is suddenly concerned about health and diet…’ Many of the comments support Gareth Wyn Jones and show negativity toward plant-based alternatives.

Mark Schneider, Nestle’s Chief executive told the BBC  recently that “less meat and dairy is good for the planet”.

He added: “It’s also good for diet and health, and it is also a big commercial opportunity.”

With more and more brands making vegan-friendly changes either by switching current recipes or adding new options, this may not be the last call for boycott we see from those involved in the meat and dairy industries.

In the last year, we have seen many traditionally meat or dairy-based brands add plant-based options, from Richmond Sausage to the McDonald’s McPlant it looks like new launches of these alternatives won’t be stopping anytime soon. 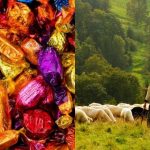