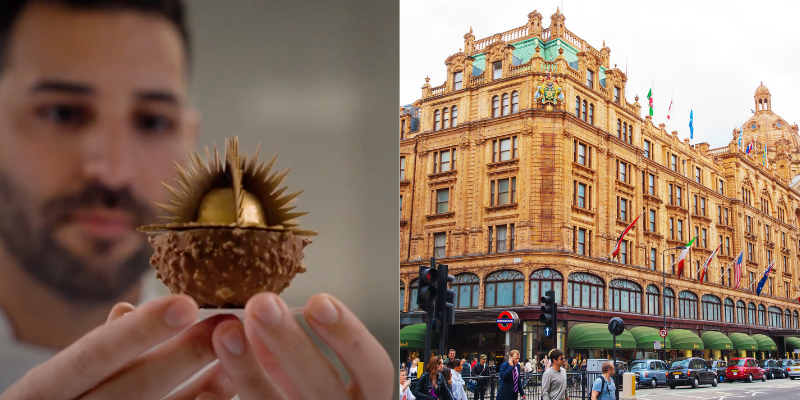 The first is available in the roastery and bake hall, and it’s called the ‘Dawn of the new day’. It is described as ‘Kent Conference pears poached in Harrods No. 42 Earl Grey tea with velvety milk-chocolate cream, Earl Grey sponge and milk-chocolate Chantilly – with a biscuit crunch.’

The second is called ‘Every star has a silver lining’ and is available in the chocolate hall. The description says it’s ‘A bubbly chocolate bar filled with silky aerated chocolate, Harrods Perla Negra coffee caramel and roasted milk-chocolate shortbread biscuit.’

Khoury said ‘Plant-based baking almost requires you to forget what you know and start over. Our traditional recipes that have been developed over the past 200-300 years have eggs and dairy as their foundation. Vegan recipes require a lot of reformulation and reinvention!’

He also commented, ‘I wanted to make treats that blow you away with the taste and indulgence you expect – just without animal ingredients.’

Which creation is catching your eye? 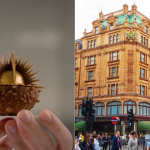