Whether travelling to Glasgow or a local looking for new places to try, Google reviews have a lot of options.

Glasgow has a great reputation for vegan food, we checked out which establishments scored highest on Google.

We looked at exactly who was getting the best reviews and ratings, from vegan junk food to healthier bites, here are the top ten vegan food outlets in Glasgow. 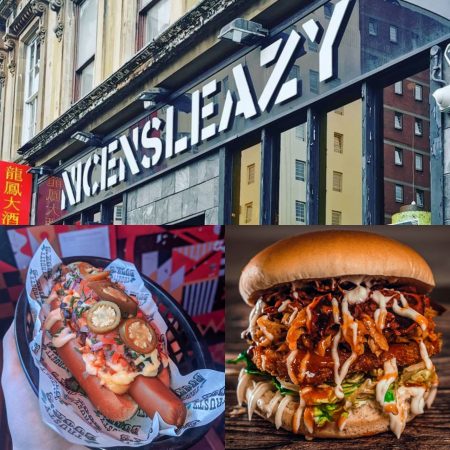 Reviews state ‘ Amazing food with really great portions. Nice to find something different on a vegan menu than the usual standard burgers.‘ and another mentions their packaging, ‘Delicious filing vegan food in sustainable packaging! What could be more perfect?’

Trusty Bucks is a perfect place to start your night out with good music and a great ambience all around.

Puti Vegan Cafe is an all-vegan Asian based restaurant on Cambridge Street in Glasgow. Not only does it have a 4.9 rating on google but also has 5 stars on Happy Cow. Their menu includes all the main Asian cuisines with Thai, Japanese, and even Korean based dishes. Meals are available with chicken, beef and prawn alternatives as well as tofu, tempeh, lotus root or mushroom.

Puti Vegan Cafe has very positive reviews with customers saying, ‘Wow, just wow. Amazing restaurant and would recommend any day’ and another commenting ‘Visited Puti this weekend and we were totally blown away!’

The reviews mention the Thai Green Curry as a top dish and many also recommend their beef substitutes with reviews such as ‘I recommend trying a vegan beef dish, as the imitation meat was really different to any I’ve had before and managed to replicate the texture very well.’

Suissi Vegan Kitchen is located in the west end of Glasgow so is ideal if you are a student in that area. Serving a range of Asian dishes including Tofu Parcels, Tempeh Bao, Rendang, Kung Po, noodle dishes, and much more it’s easy to see how they achieved a high rating.

One reviewer notes ‘deserves 10 stars, best asian food, wont even notice its vegan. AMAZING. Staff are wonderful.’ and another Can’t fault any of those things even if you try hard. Some of the highlights were Salt and Chilli Chips, Rendang Curry with Jasmine Rice and Tofu Parcels’

Located in Glasgow’s south side this deli cafe has an indoor and outdoor area. Their menu includes their made on-site shawarma, Mac n cheese, bahn Mi sandwiches, coffee, tea and daily specials. they also have a BYOB policy.

With reviews like ‘I walked for half an hour from my hotel to try this place, and it was definitely worth it!’ and ‘Really creative and tasty vegan food here. Totally spoiled for choice, none of your boring traditional vegetarian dishes sold here’ their fully vegan menu is definitely one to check out.

Offering vegan and vegetarian options Sylvan is located in the west end of Glasgow. Their menu changes regularly and seasonally as they make the most of fresh seasonal produce in thei dishes. They also stock a variety of vegan-friendly beer and wines.

Google reviews mention some of the items they produce such as, ‘The tofu, aubergine and smoked tomatoes were an absolute delight.’ As well as general reviews such as ‘A lovely addition to the ever-growing veg/vegan scene in Glasgow.’ and ‘I’m no vegan by any means but I do love great tasting seasonal food and Sylvan hit the mark & then some!’

Situated in Merchant city, Picnic Cafe gets a 4.8 rating. focused on fresh, whole and organic food with biodegrade packaging this is a great spot to check out. The menu is packed with tasty options including all-day breakfasts, soups, salads, sandwiches and sweet treats.

The reviews mention the sandwiches and cakes as top items like this one saying ‘Best vegan brunch ever!!! I had the ‘pastrami’ type sourdough toasted sandwich and it was gorgeous. Cakes are some of the best vegan cakes I’ve had.’ and others mention the friendly staff, ‘Absolutely wonderful vegan cafe! The friendliest staff on the planet serving truly delicious vegan food.’

Falafel To Go is a hole in the wall food outlet across several locations including Hope Street and Great Western Road. As the name suggests they do falafel wraps, tabbouleh and hummus. That is all they do and they do it well. Their branding states they do the best falafel wrap in Glasgow and with ratings like this, it may well be the case. The wrap comes with falafel, lettuce, tomato, parsley and tahini.

The reviews back up its best in town claim with one commenting, ‘The sign says that it is the best falafel and town and it definitely is!’ and another commenting, ‘Tastiest falafel wraps in Glasgow. Fresh, clean and super tasty!’

With a new location in Denniston, Rawnchy receives a 4.8 rating on Google. operating as both a cafe and a cake ordering service since the closure of their Maryhill outlet. Whether popping in for a light snack or ordering a cake for a big occasion they have put themselves on the map with a 4.8 rating.

Their menu is enjoyed by vegan and non-vegan alike with one review saying ‘I’m not vegan but absolutely loved their cakes and also had a vegan BLT which tasted like the real thing!’ and further reviews such as ‘Such a delicious brunch spot – you would NEVER know this place was all plant based.’

Savage Slice had to be included in this even though it’s just outside Glasgow in Paisley. Savage Slice is a vegan and vegetarian takeaway offering pizza, burgers, meals. Pizza toppings include vegan pepperoni, spicy chicken, sausage, mince, and even a vegan chicken tikka pizza. Their burgers include beef style and chicken-style in a variety of combinations and they also do wraps, kebab and plenty of sides. Despite not being located directly in Glasgow city they are definitely worth a visit.

With reviews saying ‘The food here is incredible and you don’t have to be vegan or vegetarian to enjoy it.’ and others commenting about the quality of the vegan cheese, ‘The munchie box was great! Ordered a margarita too, and the vegan cheese on it was fab, not sticky or funky like other vegan cheeses takeaways use.’

Located in the city centre, The Glasvegan is perfect for a bite when out and about. The menu is filled with tasty vegan snacks including sandwiches, burgers, hotdogs, and more. Their breakfast menu includes rolls, full Scottish, crepes, pancakes, and smoothies.

During lockdown they also had a meal delivery service which they extended to include other areas of Scotland including Falkirk, Fife and Dumbarton.

Review include ‘My No1 recommended place for food in Glasgow’, ‘On a short break in Glasgow we made sure we visited this entirely vegan cafe. Such a treat to be able to choose anything on the menu and such a vast choice of burgers, wraps, sandwiches and hotdogs or notdogs!’, and another mentioning the breakfast, ‘I took some friends who were visiting from London who were so excited to see a fully plant based menu! The breakfast wrap was HUGE and SO tasty. And I’m not even vegan!’

The Glasvegan is a favourite for locals and visitors alike.

Located in the west end on the busy Great Western Road, Serenity Now is a popular plant-based cafe offering brunch, snacks, and more. With a variety of sandwiches, wraps, bowls, and smoothies there’s plenty to choose from at Serenity Now.

Reviewers said, ‘We had a brilliant brunch here – the food (breakfast slam pancakes) was delicious, the coffee was lovely, the staff were friendly, and it was very dog friendly too which is great for us!’ and another commented, ‘Lovely vegan cafe. Thank you for bringing such good vegan food to Glasgow!’

All ratings are correct at the time of writing. 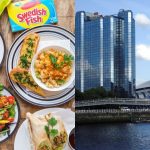